FoodCraftLab Guides Food Guides The Science of Taste: How to Improve Your Tasting Ability 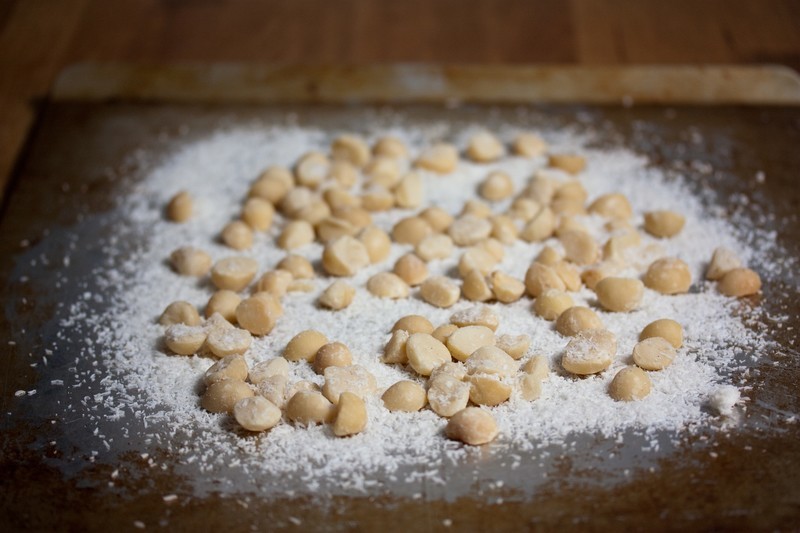 It was just an innocent little food craving that started my foray into the depths of vegan food in the late nineties. I had no idea what I was doing back then (and arguably don't even now) but one thing I have definitely noticed is how my sense of taste seems to have matured considerably. As you cook, bake and, most importantly, pay attention how food affects your senses, your sense of taste will improve too. This article will show you how our sense of taste works and teach you the tricks to improving how you taste food so you can become a better foodcrafter.

Like other art forms, the way food tastes is subjective. Peanut butter and hummus on toast may taste delightful to you but be repulsive to another taster. Taste varies from person to person depending on a variety of senses and feelings associated with the food. Many people are unable to drink particular hard liquors due to the bad experiences they had with them at one point. Jagermeister? Tequila? Even smelling the liquor can evoke bad memories.

Our bodies perceive food with a variety of organs including the eyes, ears, nose, mouth and skin. During eating, all of these senses are working at the same time; your eyes are noticing the golden brown of the cookie, your ears hear the crunch as you bite through the crusty exterior, you're smelling and tasting the cookie with your nose (more on that below). Your mouth is also involved in feeling the cookie texture and your hands are as well as you lift it to your mouth. You may even associate a memory with the cookie; the aroma may bring you back to a time when your mother used to bake cookies when you were little. All of these senses lead to an overall perception of taste.

The most important factors used in tasting a food's flavor are listed in the following table:


All of the above systems process the food and send their collective information to the brain, where it's assembled into flavor perception. Once being perceived in the brain, the flavor may be associated with things like memories or current surroundings. This is why a brownie eaten in a bakery is probably perceived as tastier than the same brownie obtained while dumpster diving.

The tongue can only perceive about five known basic tastes, as seen on the graph above. These flavors are sweet, salty, bitter, sour, and more recently, umami. In the early 1900s, Japanese researchers identified what they called umami, which means savoriness or tastiness in Japanese. The existence of this basic taste is still debated by some in the food industry, as some taste experts claim it to be a combination some or all of the the original four basic tastes. There is ongoing debate about possible sixth and seventh basic flavors consisting of the perception of fat and metallic flavors but as of now, the basic five tastes are generally recognized as standard.

Different people have different sensitivity to different senses. In terms of basic tastes, people can be categorized into different classes depending on the number of taste buds on their tongues. Supertasters are known to have the highest number of taste buds and consist of about 20 percent of the population. Normal tasters consist of about 60 percent of the population and have average numbers of taste buds. Non tasters also consist of about 20 percent of the population but have lower numbers of taste buds than average. Supertasters are more likely to be sensitive to bitter flavors. This is known because, as legend would have it, in the early 1930's, A.L Fox of DuPont, accidentally dropped a test tube on the floor of his lab, releasing a chemical called phenylthiocarbamide (also known as PTC) into the air. Some of the lab technicians reported a bitter taste on their tongues as this chemical spread throughout the lab and some specifically did not. Curious, A.L. Fox researched this further and found that this had to do with the density of taste buds on the tongue of the individuals and how this density varied from person to person.

As of this writing, supertasters are only associated with sensitivities to bitter which I find strange. Perhaps in the future, if scientists correlate sensitivities to flavors such as acid, for example, the definition will evolve. I'd be willing to bet that more understanding of sensitivities to acid will emerge as flavor perception continues to be studied.

Many food experts also insist that genetics plays a role in all levels of taste perception. This is why food preference is so subjective; there are just so many factors.

When food is cooked, flavor compounds break down into smaller and smaller pieces. Many of these small pieces are broken down so they fit into taste receptors on the tongue. Others are broken down even more until they become volatile. These volatile compounds are released during cooking and when being chewed. While chewing, they make their way through the back of the mouth and up into the olfactory bulb, behind the nose. Think of the volatile compounds as being tiny little keys that can only fit into specific aroma receptors in the olfactory bulb. When these keys are able to make a perfect fit, an aroma is unlocked and sent to the brain to be sensed. As this is happening by the hundreds or thousands during eating, many of these aromas work like musical chords, as if you played a chord on a guitar. These aroma chords become more than the sum of their parts and make up deep, complex aromas. This is why aromas such as vanilla, chocolate and coconut go so well together. This is is also what makes a good wine smell so wonderful; there is a huge amount of aromatic data that's working like music on your olfactory bulb. The olfactory bulb can process thousands of aromas at a time, depending on the complexity of the food. The brain actually perceives these aromas as coming from the mouth. That's why taste and smell seem to be one sense when eating food.

The burn of cayenne, the cool of mint and the sting of alcohol are examples of trigeminal effects. These sensations are sent via nerve endings just under the skin in the the mouth and nasal cavities to the brain via the trigeminal nerve. Trigeminal effects work in conjunction with other senses to make an overall flavor. An example of this would be hot sauce, where you get the trigeminal effects of burning from the pepper, basic taste from the acid and smell from hundreds or thousands of other compounds.


Improving Your Sense of Taste

Luckily, like most of your abilities, your sense of taste is constantly evolving and can be improved. This is done by, what else? Tasting, smelling and having a desire to have an open mind. Since smelling is the most important part of taste perception, it's a great thing to start out with. Follow these steps to improve your sense of taste:


The more you pay attention to taste, the more you will be able to successfully cook because you will have a better idea of how to arrive at the particular flavor you're after. You'll also be able to appreciate food more. As I continue to develop my own taste perception more fully I'm frequently reminded that my food journey is still just beginning.

Get a price on the Spice Grinder/Zester I Recommend at Amazon. 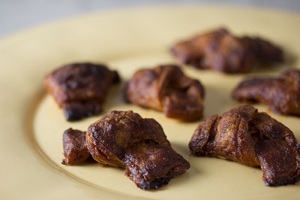 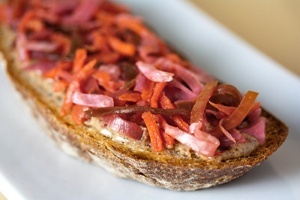 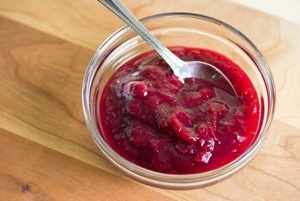 Thank you for sharing your tips. You are just amazing chef.
https://removalserviceshampshire.co.uk/

Thanks for such a clear and concise breakdown of how we taste!

Thank you, very well written! For those of us that tend to go too far skimming the surface, I appreciate your reminders that its a group effort( of sensory factors) to go deep and fully enjoy everything that enters our mouth and nose.